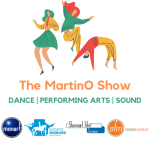 A force of nature is an overused and consequently devalued term. Another descriptive Tiger Mum is often seen as derogatory. Angela is in many ways both these things , and came from these things, but in a totally good way. Today we investigate who she is and why she is, how a broken heart led to the world of Dance and ultimately The ADF ‘Australian Dance Festival’.

Along the way we discuss why Angela chose not to be an accountant (hard Choice there Angela!) What led her to starting the Australian Dance Festival, it’s small beginnings to now attracting 1,000s of participants daily. The energy there has to be felt to be believed and even for that alone Angela we salute you. We will also discuss why sci fi is part of innovation, people , books and mentors that have been important and some of the tools including tech savvy interns that have made an impact.

I hope to revisit this conversation after the 15th of September when ADF 2018 takes place at the Sydney Olympic Park Sports Centre in Homebush.

In the meantime contrary to thoughts you may have later, and rather sadly, this episode is not sponsored by Google docs.

Angela didn’t get around to mentioning these but sent me a list later.

The Dragonlance Chronicles by Margaret Weis and Tracy Hickman

The Wayfarer Redemption by Sara Douglass

The Rise of Superman: Decoding the Science of Ultimate Human Performance by Steven Kotler