When I went for my annual medical apart from the best cholesterol levels on my record I had to suffer the almost catholic confessional admissions of things like alcohol consumption (I have got better so maybe there is a cholesterol link!) and in the course of it admitted to a commensurate increase in dark Chocolate consumption.

“Nothing wrong with dark chocolate“ barked Dr Anne before indicating I was still drinking too much- once again it’s a dry July.

However, the genie was out of the bottle. My doctor is a mature age elite rower and I suspect on those dark and foggy mornings, photogenic as they are but cold as a witch’s tit, Dr Anne is prone to a quiet nibble on some +70% cocoa chocolate.

Who can really blame her? Seth Godin of whom I am a big fan confesses to being an addict also and has narrowed his field of favourites to “Rogue Chocolate” http://roguechocolatier.com/and Askinosie https://askinosie.com/

My tastes are humbler, in part because my income is but also due to the tyranny of distance combined with the fact I really like Aldi’s dark hazelnut chocolate. https://www.aldi.com.au/en/groceries/chocolate/chocolate-detail/ps/p/dark-hazelnut-block-chocolate-200g/ Which is now feeling very proud of itself to be on the podium with high faluting couverture or real chocolate made with cocoa butter. 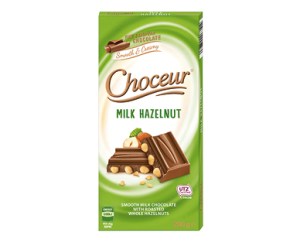 Chocolate it turns out is a Spanish word who describes the peculiar and very special food (half sweet half bitter) produced from the seed of the tropical Theobroma cacao tree. Cacao has been cultivated for at least three millennia in Central and South America and Columbus brought chocolate to Europe from his first trip to America. Undoubtedly his greatest achievement in my book.

The more I look into it, the story just gets better, as it seems that chocolate eaters tend to be skinnier (Yay!) with Dr Beatrice Golomb, associate professor in the department of medicine at the University of California, San Diego telling us. “It’s really like all of your calories count a little bit less,” Research results showing people who eat chocolate frequently have a lower body mass index (BMI) than those who consume the treat less regularly, Golomb said. Though the researchers aren’t sure of the cause, they do know that chocolate contains polyphenols, which, in animal studies have been found to increase the number of energy- burning mitochondria inside cells and improve blood flow. Both of these factors could boost metabolism and prevent weight gain, Golomb said. Love ya work Doc

Dark Chocolate is linked with decrease in blood pressure and I recently read that along with avocados is one of the things you may include in when on a diet.

Seems that making Chocolate is not that simple even though it has been around for a long time with and involves believe it or not “tempering” Which helps it set and gives it that special sheen.

So, forget the guilt and to slightly paraphrase “choc(s) away”!!