Suicide in the Performing Arts

Suicide and Mental Health in the Performing Arts and beyond.

I have just attended a funeral.
A very young and very talented guitarist friend took his own life last week.
That takes my personal count of suicide funerals to six.
That is a very high number.
Funerals are never easy but those that involve a suicide are particularly difficult.
Nearly everyone present carries a hangover of guilt, a feeling they personally should have done more, somehow read the signals and intervened.
Conversations are stilted.
This one was a little different.
Presented as a celebration of what had been quite a wonderful if not privileged life, there was no attempt to hide from, or obscure the harsh reality of the death. Rather it was an invitation to a conversation and contemplation as to what could be done by all of us in the hope that some good may come from it.

So why am I enduring such a high number?

First and foremost, I have spent most of my adult life working in the entertainment and associated industries. In Australia at least, according to support organization Everymind and Greta Bradman who writes in the report, titled ‘ Working in the Australian Entertainment industry-final-report/ revealing troubling statistics compared to the general population:

• suicide attempts are more than double

The reasons are probably less to do with the tortured artist syndrome but more to do with unnatural working hours, job and financial insecurity, poor working conditions and performance anxiety not to mention a higher peer acceptance regarding and subsequent use and misuse of drugs and alcohol.

There were 3,128 deaths due to suicide in 2017 in Australia.
This equates to an average of 8.57 deaths by suicide in Australia each day.
The performing arts are obviously not alone, and all of these statistics are alarming.

But what to do?

Psychologists report that even they struggle to identify the signs signalling an imminent attempt at self-harm. This was certainly the case with my young friend whose life appeared on a more even keel and his apparent happiness greater than it had been for some time.

Depression and deep anxiety are demons everyone has to confront at some time or other, in some way or form. Depression is not ageist, sexist or gender biased it is insidious and invisible.

Sometimes the symptoms can be seen to have cause; as frivolous as too much to drink on the week end, or as calamitous as losing a partner through death or divorce, losing a job, your health, your fortune, your best friend.

The good advice: to exercise more, eat better, drink less, be grateful, meditate are all easy to say but close to impossible when the disempowering “black dog” has you in its jaws. Long term medication is a crux not a cure.

John Lennon famously sang “love is all you need” and there is a lot of truth in this, most importantly self-love. Buddhist teacher neurologist and mindfulness guru Tara Brach writes “Clearly recognizing what is happening inside us, and regarding what we see with an open, kind and loving heart,” -what she calls radical acceptance and which is about how “we discover how to love ourselves into wholeness” Again very easily said.

The help we personally can bring is bucket loads of the love John Lennon talks about when we get a hint of that suffering. Thich Nhat , recipient of the first Gandhi Mandela Peace Medal, tells us that when your share with someone that you care about their suffering a deep healing begins but also reminds us:

“When you love someone, the best thing you can offer is your presence. How can you love if you are not there?”

Love however is one of the most elusive and probably most valuable things in the universe. If only you could bottle and freely dispense some of that love to those in need of a little extra.

It has been said there is a cure for everything tucked away in this universe and this “bottling” may have, in part, happened. MDMA the “hug drug”, being demonised for its use at music festivals, is being successfully trialled at John Hopkins University particularly in regard to PTSD. The clinical use of psychedelics is a frequent subject of Ted Talks and after a long absence, once again in the spotlight, being funded and supported by government and private bodies. This is not about hippies and dilettantes but serious science.

I am not suggesting for a moment that you rush out and sample some LSD or Ayahuasca if you, or one you know is feeling a little flat, but in many ways traditional techniques aren’t quite cracking the walnut.

Please do not discount the traditional methods altogether however, as they remain the best available tools. The trick is to get the sufferer, and maybe that is you, to reach out and take advantage of what is on offer. Any journey only starts with that first, and hardest step, it just has to be taken for anything to change.

Director Jaelea Skehan of Everymind underlines how many people find it hard to talk about suicide and ask the questions, but it is often harder still for those in distress to put up their hand and ask for help.

For Australia at least as follows is a list of resources;

For people in our industry a wonderful initiative from the Melbourne based Arts Hub provides The Support Act Wellbeing Helpline and is accessible 24 hours a day, 365 days per year by calling 1800 959 500 within Australia. Skype sessions are also available. Learn more at http://www.artswellbeingcollective.com.au.&nbsp;

This not just a friendly voice in the Alcoholics Anonymous model but trained clinicians.

The first-ever study of suicide by profession from the ONS, which covered England in the years from 2011 to 2015, showed that people who work in arts-related jobs are up to four times more likely to commit suicide.

Samaritans – for everyone Call 116 123 Email jo@samaritans.org

SANEline is a national out-of-hours mental health helpline offering specialist emotional support, guidance and information to anyone affected by mental illness, including family, friends and carers. Open every day of the year from 4.30pm to 10.30pm on 0300 304 7000.

Shout is the UK’s first free 24/7 text service for anyone in crisis anytime, anywhere. It’s a place to go if you’re struggling to cope and you need immediate help

Kooth.com is an online counselling service that provides vulnerable young people, between the ages of 11 and 25, with advice and support for emotional or mental health problems. Kooth.com offers users a free, confidential, safe and anonymous way to access help.

Tips and Guides for talking to young people about suicide 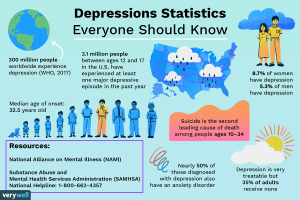 The best you can do is be aware of your own mental health and those around you: family, friends and workmates -react as well as you are able.

Please also share this article to all or any who may benefit.

It will also be available in audio format https://www.stmstudiosupplies.com/podcast